Meditate on more than 100 vibrant Himalayan Buddhist paintings, sculptures, and textiles designed to bring about enlightenment, or awakening. The exhibition gently guides you from the turmoil of daily life to a peaceful state of self-knowledge.

Wake up! Open your eyes, clear your head and leave the chaotic, fractured world behind. Embark on a journey that will change you forever. We’ll provide a guide, a map and everything else you’ll need to reach your destination.

To gently guide you on your path, Awaken: A Tibetan Buddhist Journey Toward Enlightenment brings together Buddhist artworks from the Virginia Museum of Fine Arts and the Asian Art Museum, home to two of the country’s most significant collections of Himalayan art. Sculptures, paintings, textiles and book arts made between 800 and 2016 chart a transformative journey from the ordinary world to awakening.

By inviting you to participate in a narrative experience of these artworks from the viewpoint of a practitioner, Awaken suggests that it is the emphasis on meditative visualization that accounts for the particularity of Himalayan Buddhist imagery. Vajrayana Buddhism, which took hold in Tibet in the 8th century, emphasizes the act of seeing: the practice depends on artworks created as visual aids to meditation, objects that transform awareness and ultimately bring about enlightenment, or awakening.

Awaken begins with works that speak to the unbalanced nature of our contemporary existence. After meeting some of Himalayan Buddhism’s most interesting masters, you then meet your guide, or guru, in the form of an early 17th-century painting of Gorampa Sonam Sengge, the sixth abbot of Ngor monastery, who will lead you on a path out of this chaos. He reveals the map of your journey, a colorful, densely illustrated 17th-century mandala from Gorampa’s own monastery. A mandala is at once a floorplan of a divine palace, a chart of the entire cosmos, and an inner image of the mind. Each section of the mandala, each stage on its imaginative visual path from fierce guardians at the corners to the deity in the center, is brought to life by artworks in the galleries.

At the end of your journey — the center of the mandala — you will see the cosmos as a whole. Art has catalyzed your transformation, your newfound knowledge that the world is not fragmented, but instead fundamentally interconnected. You are awake.

Tibetan Buddhists use a wide range of ritual artworks to shape meditative experience. Is this bronze trident a meditation tool or weapon? Our Associate Curator of Himalayan Art has the answer.

Awaken: A Tibetan Buddhist Journey Toward Enlightenment is organized by the Virginia Museum of Fine Arts. The presentation at the Asian Art Museum is made possible with the generous support of The Bernard Osher Foundation, Joan L. Danforth, Walter Jared Frost and David Salman, and Lucy Sun and Warren Felson. 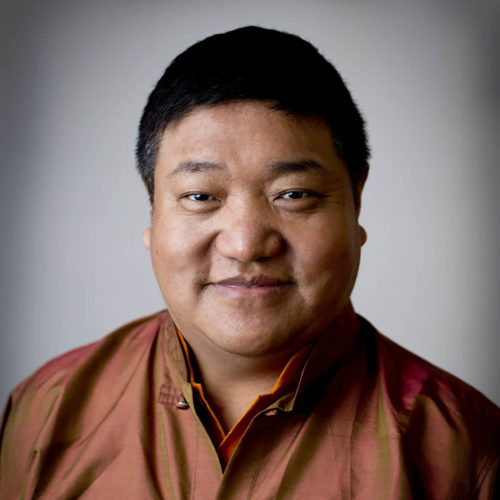 Tibetan Art and the Transformation of the Buddhist Mind